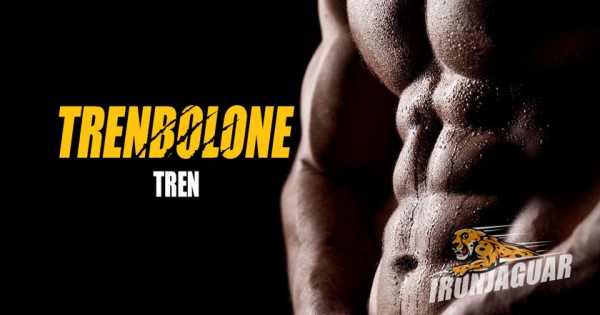 One of the earliest users of Crystal Meth were soldiers during the second World War.

Trenbolone has a similar effect on you. It makes you feel invincible. God like.

The fact that it completely transforms your body like no other compound does, may also have a role to play in the euphoria and god-like feeling.

Imagine walking into the gym with 18-inch biceps, veins bulging out from your t-shirts, traps wide enough to stop you in the door frame.

You would feel like a lion walking among a group of gazelles.

But the easy availability of Trenbolone and other steroids, clubbed with bro-science being peddled on the internet, has led to a situation where 16-year olds are starting with their first tren cycle and getting swole, unaware of the ramifications of their actions.

You should be very careful when you deal with a compound as powerful as Trenbolone.

This brief primer can be used as a guide to Trenbolone for newbies.

Trenbolone is a 19-nor anabolic steroid that’s derived from Testosterone.

Of all the anabolic steroids that are commonly used, it perhaps has the most interesting origin.

It is a veterinary drug used for improving feed efficiency and increasing lean muscle mass in cattle.

For a while, it was sold in a pellet form called Finaplex, which was usually administered subcutaneously to aging cattle before being sent to slaughter houses.

Picture a bull that’s old and frail. The farmer administers a controlled dose of Finaplex and within weeks, the bull becomes as muscular as it was a decade ago. Heavier, stronger and leaner.

When human grade Trenbolone was not available in UG labs, bodybuilders started to extract the drug from these pellets giving it the nickname ‘Fina’.

Today, any UG lab will have a stock of Trenbolone, more commonly in the shorter, faster acting ester, enanthate.

How to use Trenbolone and the results that you can expect

Experience and logic suggests that you use Trenbolone along with an injectable like testosterone or Deca Durabolin for best results.

But many users have now started to use Trenbolone as the base for their steroid cycles.

The reasoning being that Tren is 5-times more anabolic as compared to Testosterone and carries the same traits of testosterone but in a more effective and powerful manner.

Personally, we would never do that and would reserve Trenbolone for occasional body recomposition stack because the mental side effects are pretty serious. (More on this in a bit)

For now, here are some of the effects of Trenbolone.

Most anabolic androgenic compounds have a very similar mode of action. They increase protein synthesis, nitrogen retention and red blood cell count which creates the perfect anabolic atmosphere priming the body for unprecedented growth. Recovery is enhanced as well. But Trenbolone does this more effectively than any other compound. Think of it like testosterone on steroids.

Trenbolone increases the levels of IGF-1, once again, more effectively and faster than any other steroid. The increased IGF-1 not only boosts the rate at which your muscle tissue grows, it is profoundly beneficial for almost every cell in the human body.

By suppressing the release of glucocorticoid hormones during a cut, Trenbolone allows your body to stay in an anabolic stage even when you are dieting hard. That’s when these hormones become most dominant causing loss of hard earned muscle tissue. Not while you are on Tren. You can cruise through your cut without any muscle loss.

Trenobolone has such a strong affinity to bind with the androgen receptor that it directly helps in fat loss. A trait that proves to be invaluable in a cutting phase and also when you are aiming for body recomposition.

One of the original uses for veterinary grade Trenbolone was to improve the feed efficiency in cattle. So Trenbolone allows you to use every gram of protein, fat, and carbohydrates to its maximum efficiency. You might be consuming the same amount of calories or even less. But the results will be much better.

What are the risks of using Trenbolone?

We briefly hinted on the mental side effects. Here’s a more detailed explanation.

The ideal dosage of Trenbolone is 350mg/week divided into two or three doses during the week.

That’s also the maximum that you should use unless you are a professional bodybuilder looking to compete.

When you go above 500mg/week, the risk of some of the side effects that we mentioned increases exponentially.

Never dose at 700mg/day irrespective of what you read on messaging boards. It’s a veterinary grade drug and very little is known about the long term side effects.

Trenbolone has many monikers. The one we like the most is ‘King Tren’

It is undoubtedly, the king of anabolic steroids. But one that we would use very judiciously at tolerable doses.