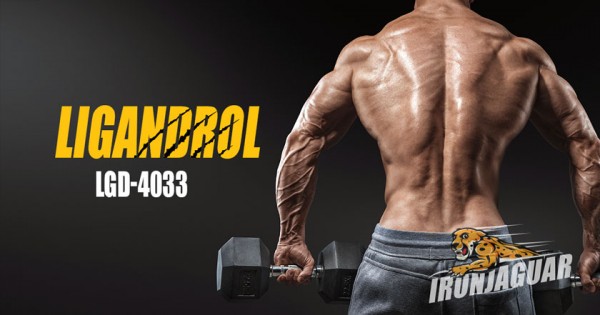 Ligandrol (LGD-4033), also known by the name Anabolicum, comes under the umbrella of drugs called selective androgen receptor modulator (SARM). The name “Ligandrol” comes from the pharmaceutical Ligand, that has developed it. The drug is gaining popularity in the modern world, especially among the athletes in order to promote muscle mass, as an alternative to steroid, owing to its’ non-steroidal chemical nature & selectivity which reduces the adverse effects related to steroids.

The data presented on the Phase 2 trial of VK5211 (Anabolicum) further increases our confidence in the company’s ability to find a suitable partner to continue development of the drug into Phase 3. VK5211 treatment results in impressive changes in body composition that is in stark contrast to what typically occurs in a hip fracture patient population.

How does it work?

The use of traditional steroid (testosterone) is weaning away with emergence of more specific and better bioavailability drugs SARM, Ligandrol. The newer drug has the following advantages:

With Ligandrol, all the above mentioned effects are eliminated and no addition of anti-estrogenic drug is required.

Several trials and surveys are being currently conducted to explore the diversity of benefits Ligandrol might have in other medical aspects.

The imbalance between the bone resorption and formation predisposes elderly people, most commonly post-menopausal women to pathological fractures. The SARM promotes formation of new bone matrix, bone mineralization and enhancement in lean muscle mass. In addition, users could use it as an alternative treatment in management of senile hip, pelvic fractures.

Role in oncology and chronic illness

Patients suffering from chronic illness of kidney, liver and cancer suffer from muscle wasting conditions like muscular dystrophy. This makes them cachectic, due degeneration of lean muscle mass and Ligandrol could also prevent this.

By binding to the androgen receptors, the release of androgens increases. The most important one is the testosterone, the male sex hormone. Anabolicum can treat diseases associated with low testosterone levels like erectile dysfunction, loss of libido, poor sexual performances.

With age, the level of testosterone declines but you can still maintain it to normal levels by the help of the drug. However, the direct used of the steroid has profound adverse effects on the body and the use of Ligandrol could eliminate this.

Obesity is the one of main concerns of modern society where sedentary lifestyle prevails and exercise has become old fashioned. In fact, even with decent physical activities and balanced low calorie diet, promoting fat loss still remains a daunting, exhausting task. With Ligandrol, the metabolic rate of the body is increased which not only promotes fat loss but gain of lean muscle mass, significantly provide the perfect body shape which most professionals, including athletics, models, bodybuilders desire.

The reason the Ligandrol is so popular as performance boosting arsenal is that its side effects are virtually non-existent. Unlike steroids, it’s selectivity on androgen receptors of bones and muscles minimize any deleterious effects on other organs.

But the some individuals have reported some minor effects like:

These side effects disappeared once the drug is stopped and has no long term effect on the body.

One of the concerns with any anabolic steroid is the suppression of release of hormones in the body. In contrast, LGD studies have shown that there has been no significant effect on the release of LH (luteinizing hormone) and FSH (follicular stimulating hormone) from the anterior pituitary gland in the brain. With no aromatization, the estrogens levels also remain normal.

However, there has been some evidence showing a decline in Sex Hormone Binding Globulin (SHBG). This result in increase in free as well as total testosterone levels, but this is an insignificant rise. However, this suppression could be normalized with the help PCT (post cycle therapy), which allows the body to restore the normal hormone levels.

No other health hazards have been noted on other systems like cardiovascular, cerebro-vascular, hepato-biliary systems.

The dose schedule is likely to differ for male and female users. In male, the dose is usually within 10mg per day for 3 weeks where female usually should take half the dose of male because excess anabolicum could have masculine changes in the body. However, effects become more prominent if the drug is continued but tolerance could develop, hence the PCT is usually advised.

Ligandrol is the most powerful, promising oral SARM available. Also, this has tremendous benefits in the sports industry with no deleterious effects on the body.